Bodhi Setchko, aka BODHI, founder of Crystal Wind Music, is a musician, sound healer, painter, author, and recording artist. His music, books and art empower people to manifest their deepest dreams and desires.

The purpose of the water ceremony is to bless not only the water that we have brought back from the Missouri River from the Standing Rock ceremonies, but to bless ALL the waters, Mni Wiconi, Sacred Waters on Unci Maka.  Grandmother Earth.  Water is Life and this ceremony will make blessed medicine for all the people at the conference who participate.

Dr. Maria D. Michael is an internationally known healer who combines a unique blend of Eastern, Western and Native American healing practices. For over 40 years, Dr. Michael has been respected as a medical intuitive, channel, empath, healer, psychic and teacher. She is a Lakota/Navajo traditional elder and healer.

What is in a Name?
Jurgen Kremer, Maria Michael, Glenn Parry

Jurgen Kremer has been involved in interdisciplinary work with Indigenous peoples as part of his practice of socially engage spirituality.  His theoretical work is an attempt to transgress the established boundaries of nature, culture and gender, and to walk in the spaces between and across disciplinary territories  exploring the transformative dimensions of current an traditional thought and practice.

Glenn Parry is an educator, speaker and eco-psychologist.  He is the author of the Nautilus award-winning book, Original Thinking:  A Radical Revisioning of Time, Humanity, and Nature 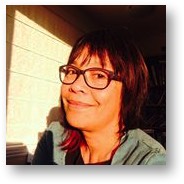 The Story of Mungan is  embedded within the epic of Agyu, a mythic story of the Manobo people in Mindanao, Southern Phillippines.  Mungan,  a non-central character in the epic, is nevertheless  regarded as the first Babaylan (shaman/healer) of the Manobo people.  What happens when we, as decolonizing and indigenizing Filipinos in the diaspora, pray to embody this story?  What happens when we are claimed by it?  How does the wisdom of the myth inspire our work in serving and healing our communities?  This presentation will answer these questions through storytelling an creative expression (dance, music).

Leny Strobel, Kapampangan, is the founding director of the center for Babaylan Studies and teaches at Sonoma State University
Lizae Reyes, Subanen, is a ritualist and sound healer.
Lisa Suguitan Melnick is a third generation Filipino American sound healer and qi gong teacher

The Shaman and The Elements
David Cumes

The indigenous min is the mother of psycho-spiritual technology an this wisdom arose out of intimacy with the elements.  Just as Indigenous people needed earth, water, fire, and air for survival, the finer vibration of these elements an the “ether” element not only gave them access to profound intuitive survival techniques, but also enabled access to a rich spiritual realm of non-local information and healing.  Modern mankind may be the master of technology, but often we are found seriously wanting in our connections with nature.  This talk will explain the interrelationship of the elements, the four beings of nature and their different vibrations of the practice of the shaman.

David Cumes, M.D. was born in South Africa and is a practicing sangoma and surgeon.  After spending extended periods with the San hunter-gatherers in the Kalahari, he was initiated as a sangoma in 2002. He founded an indigenous healing center in the far north of South Africa but has since had to leave this pristine 3000 acres of “Eden” after five years of intermittent immersion in the elements.

The SHUAR world is a free world where all is shared in the infinite space without differences.  A delight where happiness is unlimited, where pure air feeds the whole world so all many live for centuries, where a crystalline foundation quenches the thirst of the UNIVERSE.  An UWISHIN is a human being like everyone else, flying in space above all obstacles, discovering horizons without limits, sharing the blood of the Sacred plant NATEM and listening to the vibrations of the infinite power from the four directions with PEACE, LOVE, UNDERSTANDING, and RESPECT.

Natem Anank is a Shuar Uwishin (Traditional Healer) from the Ecuadorian rain forest. He believes we must create a human bridge that unites all tribes, all people.

PJ Hirabayashi is a San Francisco Bay Area native, taiko artist, and founding member of San Jose Taiko in 1973. She helped guide SJT’s organizational development, holistic philosophy, and creative energy in movement, dance, and drumming. She is a pioneer of North American taiko and known for her distinctive performance and teaching style.